I’m reading a fantastic book called Thinking Fast and Slow, by Nobel Prize Winner, Daniel Kahneman. I can’t get more than 5 pages into it without taking a page of notes and implications. I end up thinking so hard and making so many connections in my head that I’m sometimes exhausted after a brief session of reading then taking notes. Paperback edition highly recommended.

There’s a point made that there is an experiencing self, and a remembering self. That is, “how are things right now,” and “how were things, on the whole?” It reminds me that our minds are essentially comprised of a long history of memories, and a thing slice of experience that feeds that collection. So we should work to preserve and enhance those from the perspective of the future, not our experiences as we live them. We are a moment in the experience, a lifetime in its memory.

This is how I tend to write, as well. To absolutely and faithfully record the facts as I lived them is an illusion. It is always tainted by my perspective at the time and ignores any future realizations. My experience at the time is, by necessity, incomplete. Why bother to record an incomplete story?

Instead, I like to write with the benefit of future perspective, analysis, and insight. This tells the true story, even if the details are not impartially recorded. A shorthand is to write the story as you will remember it, not as you lived it. This also allows for curation and rebelling that’s more humorous, dramatic, compelling, and more human that the experienced self found it to be. That’s what has (hopefully) allowed me to keep an entertaining and informative blog for so many years.

Eye Movement And Your Brain

From the movie The Producers, by Mel Brooks.

You don’t have to be talking about breaking the law to talk about doing whatever you want. We all feel like we’re trapped sometimes in our lives. Prisoners to our routine. Making money for other people. Sweeping up a pile of money to be added to the coffers of old rich men. But this prison is safety. Trading comfort for satisfaction. It offers many freedoms, don’t get me wrong. But it also has many shackles that could be thrown off if it weren’t for the safety net offered by that grey little job, inside the grey little room. That’s why we voluntarily imprison ourselves. The shackles are light. But they’re still shackles.

It occurs to me that there may be no free will nor destiny. Things which happen simply take the universe in one direction rather than another. No causality, nor inevitability; it just is the way it is because it is. Is existence random or just uncertain? I can’t tell you that. But I do know that there is only one arrow on the direction of time. You can’t unscramble an egg and you can’t unknow a thing. And you can’t recapture time lost for any reason.

Who Are You Becoming?

Every decision you made (or didn’t make), every action you took (or didn’t take) today is who you will be tomorrow. Who are you becoming? If you’re not becoming something you will love, shouldn’t you be? 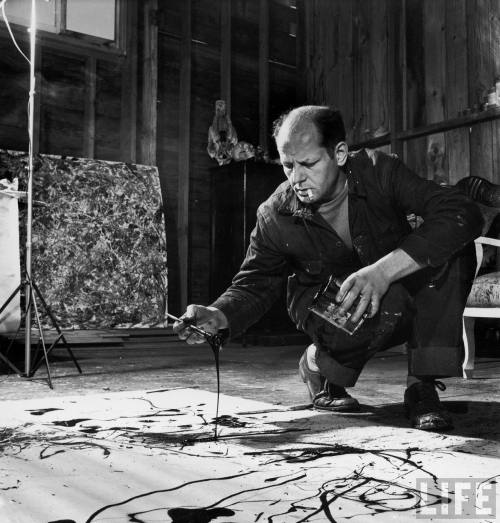 In Praise Of Boredom

“For thinkers and all sensitive spirits, boredom is that disagreeable  “windless calm” of the soul that precedes a happy voyage an cheerful  winds.” -Nietzsche

In other words, don’t attempt to so fill your hours that you lose the  tine you have in boredom. Creativity springs from daydreams and  daydreams are born of boredom. Inspiration and not sloth comes of  boredom.

The Invisible Hand in a Global Economy

In The Wealth of Nations, Adam Smith introduced the concept of The Invisible Hand. Buchholtz puts it this way: “…market competition leads a self-interested person to wake up in the morning, look outside at the earth and produce from its raw materials, not what he wants, but what others want. Not in the quantities he prefers, but in the quantities his neighbors prefer. Not at the price he dreams of charging, but at a price reflecting how much his neighbors value what he has done.” In other words, this self-interest drives creation of something of benefit to someone else – and to society in general!

The Invisible Hand, in a sentence, states that “The market place will not support a business that does not proffer a good or service that is more valuable than the sum of its raw materials.” In other words, if it costs you $50 to make a table but nobody will buy it for more than that, you go out of business and the resources are used by someone else. This is actually a preservation of scarce resources in a more efficient way than any central planning committee could manage!

That’s a policy that is more relevant in our times than “from each according to his means, to each according to his need.” For right now, many of us are living beyond our means and we are all in need of something. In our global economy, as our society of consumers grows and diversifies, we increasingly cede control of these resources from our local economies to the global one. So others are making resource allocation decisions for materials we may want for ourselves.

Not only that, we have a problem with the residue of the production of things. Pollution is the residue. The problem with pollution is that it does not function according to the Invisible Hand. For the person who buys the good that led to the pollution, the individual cost he pays is low compared to the value he receives. But for the person who hasn’t acquired that product, the pollution is only harmful. The cost is infinitely high. This is called the tragedy of the commons.

The true cost of producing a good, therefore, is the cost of producing it without negatively impacting ANY parties who receive no benefit. In other words, the only by-products or side effects which exist must be directly proportional to the amount of value received. One way to assure this is to force companies to produce zero pollution, with the by-product being a higher cost to the consumer.

I read somewhere that making a H2 actually causes less pollution than making a Prius. For a second I’d like to forget about whether that’s a fact or not and just suppose it is true – I’m trying to make a point. The consumer would have a choice between two vehicles which reflect the true costs of production. What about the gas you might ask. How about a gas tax which is used to fund carbon sinks around the country? Again, it’s about reflecting the true costs in the price.

Why haven’t more environmentalists adopted Smith as their champion? A law based on his work might well require a manufacturer to produce zero pollution that couldn’t be safely locked away somewhere. It would be in the same spirit as anti-trust legislation: protect the market forces and let them regulate. And it would be very simple to enforce, too. I can see a time when it would be unthinkable for a country NOT to have these laws in place.