A Departure Delayed in Paris 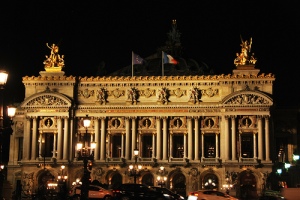 The first time I visited Paris was my first real trip abroad unchaperoned and fully in control of my own destiny. That journey helped start me on the path to who I am today. I have a lot of great memories of that trip. Now I’m back for a few days and I’ll try to find out what’s changed – both here and within myself – and rediscover my younger self in the process. This is part of a series of my reminiscences of Paris.

After the night of reminiscing in my old Paris neighborhood I woke up relaxed. I lazed around a bit and ran a couple of errands before heading out to the airport. Life was good and I was in no hurry. But my last errand took a bit longer than I’d planned. Not too bad and I’d still have plenty of time, just not enough to take the Metro and train. I’d have to grab a cab instead.

But where we’re they? I asked at the hotel and they pointed me to the nearest Metro stop. It was a couple of minutes walk and there were 2 cabs waiting. But no drivers. What? Why not? I waited by the cars a minute and walked around, waited another minute. No avail. 10 minutes went by and they didn’t show. No taxis driving by on the street either. None. Where are all the taxis in Paris?

So I walked on. Down the metro line looking for cabs. Another taxi stand, another taxi with no driver. Green lights on, ready to go but nobody inside. Had aliens abducted them all? Were they at a taxi driver meetup? What was going on? It was getting late and I needed to get to the airport!

A third taxi stand, three more empty taxis. This was a busier road though. My best shot at a taxi. I saw one drive by with its red lights on, meaning a passenger was inside. Hope at least that there were some taxis in Paris. This hadn’t started out as a quest, but it had turned out to be that way over the last 25 minutes. I wasn’t so worried about getting there for the flight itself, but it hadn’t been possible to check in online. They typically close those down about an hour before departure, and I hadn’t included that in my timing. Who knew the airline would be so backward (well I guess I should have expected that from Armavia – they haven’t gotten beyond the Soviet hey-day). If I got a cab now it would give me just enough time to get there an hour before the flight’s scheduled departure time. Though my flight was delayed 15 minutes according to the Internet, airports close the check in based on scheduled time not counting delays. It’d be close if I got one in the next few minutes. If not, might as well find a cafe and a drink, there’d be no chance.

Just then I saw a taxi. The roof sign covered but definitely a taxi. I flagged and he slowed. I ran over and he asked where I was going. Charles de Gaulle I said. “Get in.”

Yes I was late but now I had hope of making it. It should be about 25 minutes, the driver confirmed. And he’d try his best to hurry along. His English was surprisingly good, thankfully.

On the road the streets were a bit slow. Highway. Time to make up some time. But suddenly a jam. Traffic. “Construction. Past this the road is good.” I hoped he was right. The signs didn’t look good, the mass of cars shone bright red brake lights ahead until the road disappeared around a corner. 5 slow minutes later not much progress. We continued chatting. We passed the construction and the traffic persisted. At the next long pause the driver parked the car and went around to the trunk and came back with a bag. He was getting serious.

He pulled out a large GPS and several wires that he hooked into his other contraptions. He was getting serious. “This tells how long.” the line moved a bit and so did we. “17 minutes.” OK. Still not too bad. Maybe check in ends 45 minutes before this flight. I could still make it. Just. If everything went right.

If not what were my options? First option I to beg, sob and plead to be allowed I check in. I’m not above those tactics. I think this is the last flight of the day back home on any airline. So next check that and try to get on another airline. Last resort get a ticket for tomorrow and a hotel for tonight. But how much would that cost? I remember seeing that changing the flight was a $50 penalty, but what if I missed it? A new ticket probably and 10x that amount. Plus hotel and food. And I would miss my plans tonight and tomorrow.

The GPS screen blinked. “33 minutes now. There is an accident.” Hope ended. I’d arrive less than 30 minutes before the flight. Even on domestic flights the check in area would be closed. Now there was silence in the cab. Not the silence between conversations but the silence of two people who feel defeated. I think the driver was just as bummed as I was. He was trying every trick he knew to get around pockets of congestion, but the ETA remained the same. Finally the traffic broke and he gunned it. He was going much higher than the posted speed limit – something that’s normally frowned upon. But he was shaving every second he could off the time. I had accepted my fate but he refused to give up. I felt as calm as a cow in the back and smiled at him. He smiled back. My attitude was Buddhistic: if there’s something you can do about it then why worry; and if there’s nothing you can do about it then why worry?

“Get your bags,” he said to me as we neared the terminals. I did. The meter read 46 Euro. Higher than normal because of the traffic and delays but no matter. He readied his wallet to change my 50 note. As we pulled up he gave me a 20 in consideration of my troubles. “No keep it all” I replied back. He had taken my troubles on his own shoulders and did all he could. He earned a tip – something not given except in recognition for efforts such as his today. “Bon chance!” he called after me. Indeed.

I saw the check in counters deserted. No one checking in and no one to check people in. No wait, there’s a guy slumped down and on the phone at the far counter. I approached quickly, panting a bit for good effect and gave a big smile. He paused his phone call and began checking me in. Unbelievably, 20 minutes before the flight was supposed to depart he was working to get me on board too. And I realized why when he handed me the boarding card. “Your plane will board at 12:35 – that’s 5 minutes so hurry.”But it was 12:50. He didn’t know what time it was!

Sometimes when you need it most you get a travel angel and a bit of luck. I had that going for me today. As I strode quickly toward the gate I relaxed a little. I was going to make it. The signs had been updates to announce that the flight was delayed a bit more. I stopped in at Duty Free, got a last meal in Paris and awaited my ride home.

Beau Woods is a cyber safety innovation fellow with the Atlantic Council, a leader with the I Am The Cavalry grassroots initiative, and founder/CEO of Stratigos Security. His focus is the intersection of cybersecurity and the human condition, primarily around cyber safety, ensuring connected technology that can impact life and safety is worthy of our trust. Over the past several years in this capacity, he has consulted with automakers, medical device manufacturers, healthcare providers, cybersecurity researchers, US federal agencies and legislative staff, and the White House.
View all posts by Beau Woods »